Are you on a Standard Variable Rate (SVR) mortgage? 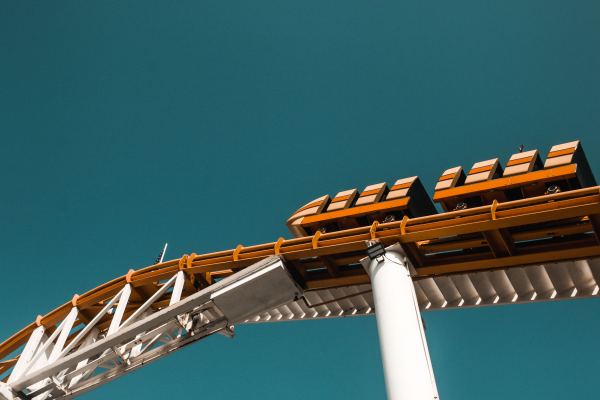 Your mortgage’s interest rate determines (in part) how much your monthly repayments are. Some mortgage deals don’t have a fixed interest rate, which means repayments can go up or down.

Here’s a look at these Standard Variable Rate (SVR) mortgages, how they work and whether they’re right for you.

For various reasons, the last ten years have been kind to SVR mortgages. They’ve been very low, which has meant low monthly payments.

However, there are strong economic signs that things are going to change, and this would have big impact on people who perhaps couldn’t afford their SVR and monthly repayments to rise.

What is an SVR?

An SVR is a rate of interest charged by a mortgage lender that they can change when they see fit.

This is unlike a fixed rate mortgage, where the interest rate is guaranteed to stay the same for a set number of years.

Why would a lender change their SVR?

The Bank of England has a ‘Base Rate’ of interest it charges other banks to borrow money. It monitors and alters the Base Rate to keep borrowing and inflation in check.

When the Base Rate goes up like it did in 2016 (for the first time in 7 years), it costs mortgage lenders more to borrow – so they tend to put up their own interest rates to cover the extra cost.

If you’re on a fixed rate mortgage, this won’t matter until the fix ends. But if you’re on a SVR mortgage, your lender is likely to increase it, meaning higher monthly repayments.

A Base Rate rise doesn’t guarantee your SVR will rise, but it’s possible.

How bad could it be?

According to the Council of Mortgage Lenders (CML), there are roughly 3.9 million Mortgages on variable rate deals.

Research from consumer champion Which? found that 1 in 20 variable rate mortgage customers would struggle financially if interest rates rose by 0.25%. A third said they would feel the effects of a 0.25% rise in their day-to-day lives.

1 IN 20 VARIABLE RATE MORTGAGE CUSTOMERS WOULD STRUGGLE FINANCIALLY IF INTEREST RATES ROSE BY 0.25%

If that sounds like a lot extra to find each month, you need to make sure you don’t end up on an SVR mortgage.

When your fixed rate mortgage ends after 2, 3, 5 or 10 years, you’ll be automatically moved onto your lender’s SVR unless you move to a different deal with them or remortgage elsewhere.

You should always keep an eye on your monthly payments and be mindful of when your fix ends to make sure this doesn’t happen, as it can be expensive. When the time comes, you can remortgage to make sure you’re on the best available deal for you.

Is an SVR always expensive?

It’s rare, but an SVR can be cheaper. Say you’re a first time buyer who put down a smallish deposit and you’re coming to the end of your 2 year fixed rate deal.

Going on to your lender’s SVR could actually see your rate and monthly repayments go down because interest rates (and SVRs) are historically low right now.

But remember, SVRs can and do change – so if you want the peace of mind of fixed monthly repayments, an SVR might not be the right choice for you – even if it is cheaper today.

We’ve got your back

At Mojo Mortgages we can help you find the best remortgage deal for you.

We’ll also be able to contact you again at the end of your next fixed rate deal to make sure you don’t accidentally fall onto a more expensive SVR and help you find something cheaper.