The most haunted castles in the UK

The UK is home to many castles and it’s not surprising that lots of them play host to some spooky ghost stories, one of which includes the new I’m a Celebrity, Get me Out of Here location in Wales.

But which are the most haunted castles in the UK?

Online broker, Mojo Mortgages, has analysed the number of mentions in ‘most haunted’ articles and TripAdvisor reviews to reveal the most haunted castles in the UK. The results are as follows… 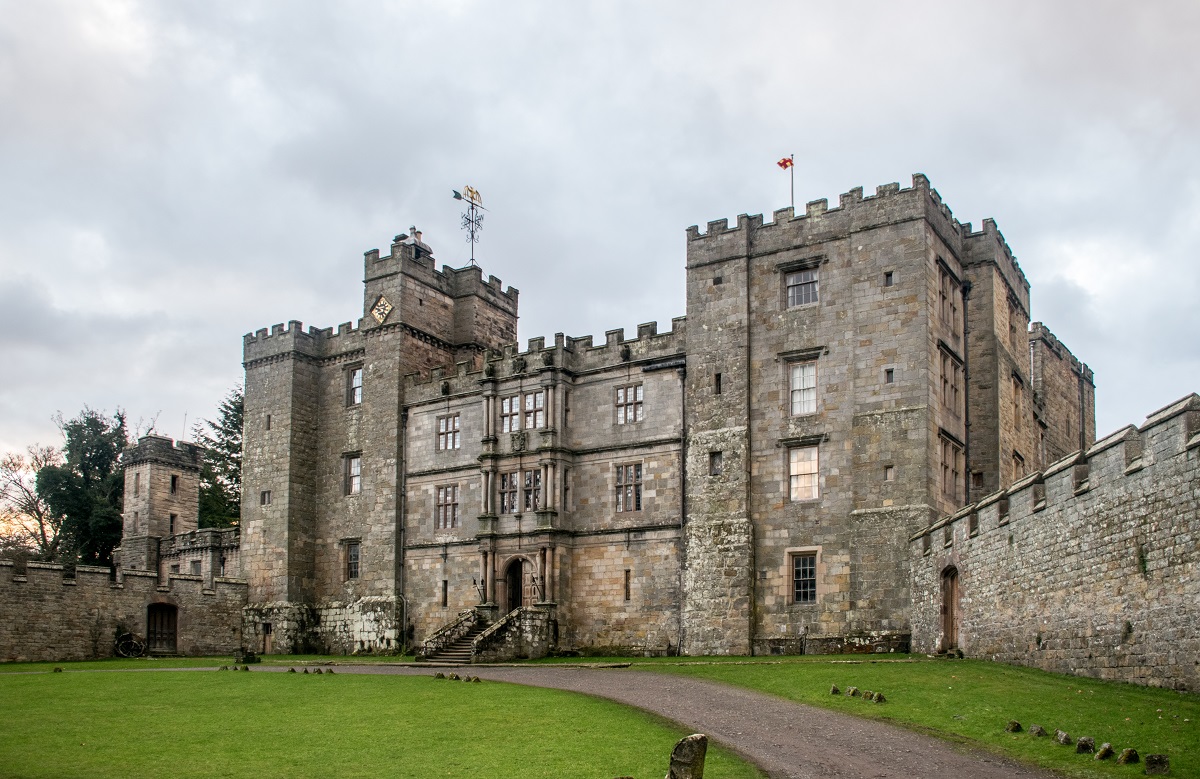 In top spot is Chillingham Castle in Northumberland. With more than 500 mentions in articles and TripAdvisor reviews of spooky happenings, this castle has officially been crowned as the most haunted in the UK.

Chillingham was originally a monastery in the 12th century, and according to reports, the most famous ghost of the castle is the ‘blue (or radiant) boy’, who used to haunt the Pink Room in the castle. Guests supposedly reported seeing blue flashes and a blue ‘halo’ of light above their beds after a loud wail. It is claimed that the hauntings ceased after renovation work revealed a young boy inside a 10-foot-thick (3 metre)wall. 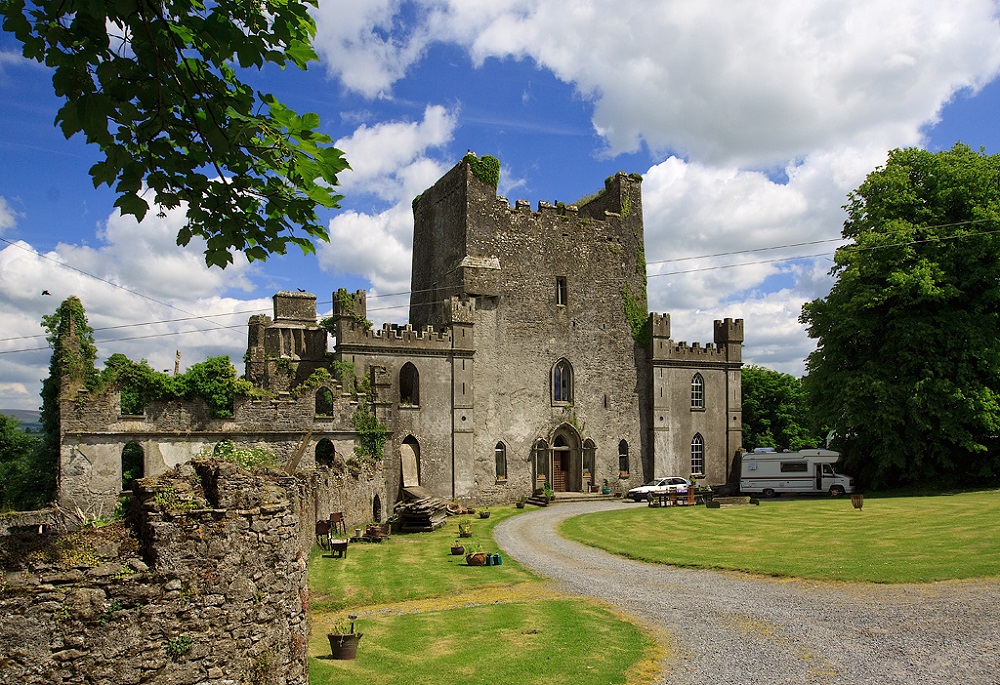 In second place is Leap Castle in County Offlay, Ireland.

Forty-one percent of TripAdvisor reviews claimed this to be a ghostly castle, with many guests experiencing the presence of a female spirit when they visited. The current owners of the castle have experienced regular ghostly visions as people with a haze around them. Sometimes there is a lot of activity, other times less so. The sounds they hear are footsteps, doors opening and closing and crowds talking, but when walking towards the direction of the sounds, nothing is there. 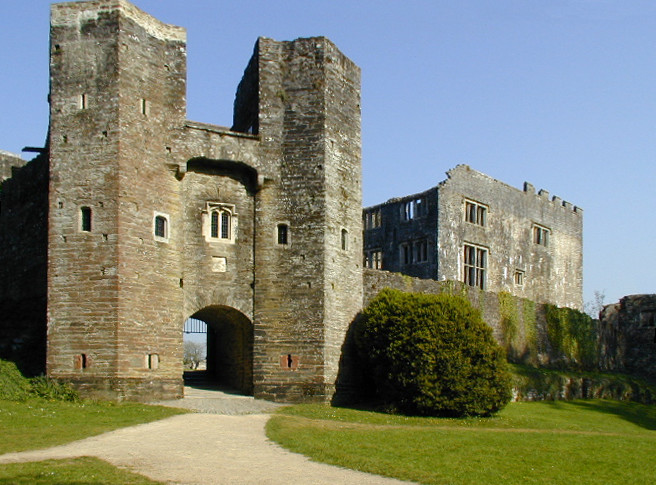 Berry Pomeroy Castle in Devon takes third places as most haunted with nearly 30% of all TripAdvisor reviews and articles mentioning ghosts.

According to ghostly reports, two female ghosts are said to haunt the castle - the White Lady, and the Blue Lady. The Blue Lady is said to beckon for help from passers-by, luring them to her tower. If they go to her, it is said they fall to their death. She is thought to have been the daughter of a Norman lord and is said to wander the dungeons mourning the loss of her baby, which she murdered as it was sired by her own father. The White Lady, said to be the spirit of Margaret Pomeroy, is claimed to haunt the dungeons, having been imprisoned there by her sister, Eleanor, who was jealous of her beauty. 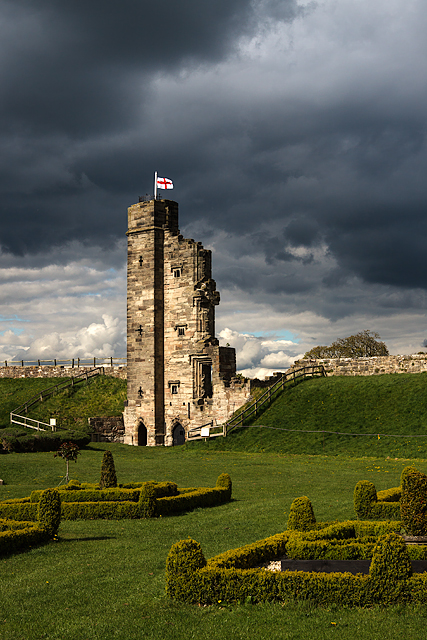 Tutbury Castle in Burton-on-Trent comes in at fourth place, with 16% of TripAdvisor reviews and articles claiming it to be haunted. The castle has been host to hundreds of paranormal investigations over the years, even including a visit from the Most Haunted TV series and it is believed many ghosts call the castle walls their home.

These include ghosts in the King's bedroom, Mary Queen of Scots and 'The Keeper' - seen wearing a full suit of armour and behaving in a manner that might best be described as authoritative. This ghostly figure has been seen stepping out in John of Gaunt's Gateway and bellowing "Get thee hence!" and has been spotted in broad daylight.

In fifth place is Glamis Castle in Scotland with 192 mentions of haunted happenings there. When it comes to ghost stories and horrible history, Glamis Castle boasts a veritable pick and mix. It’s reputed to be the most haunted castle in Scotland, the turreted fortress hides many dark family secrets.

The Queen Mother, who spent much of her childhood at Glamis, was believed to have seen a fair few ghosts herself. Some of the rooms associated with her have spooky tales – including the ghost of a young servant who was once badly treated which appears outside her bedroom.

There’s a room called the Hangman’s Chamber, believed to be where a butler once hanged himself. And then of course, there’s the Monster of Glamis, the Grey Lady, the Tongueless Woman and Earl Beardie. Eeek!

How haunted is the I'm a Celebrity Get Me Out of Here castle? 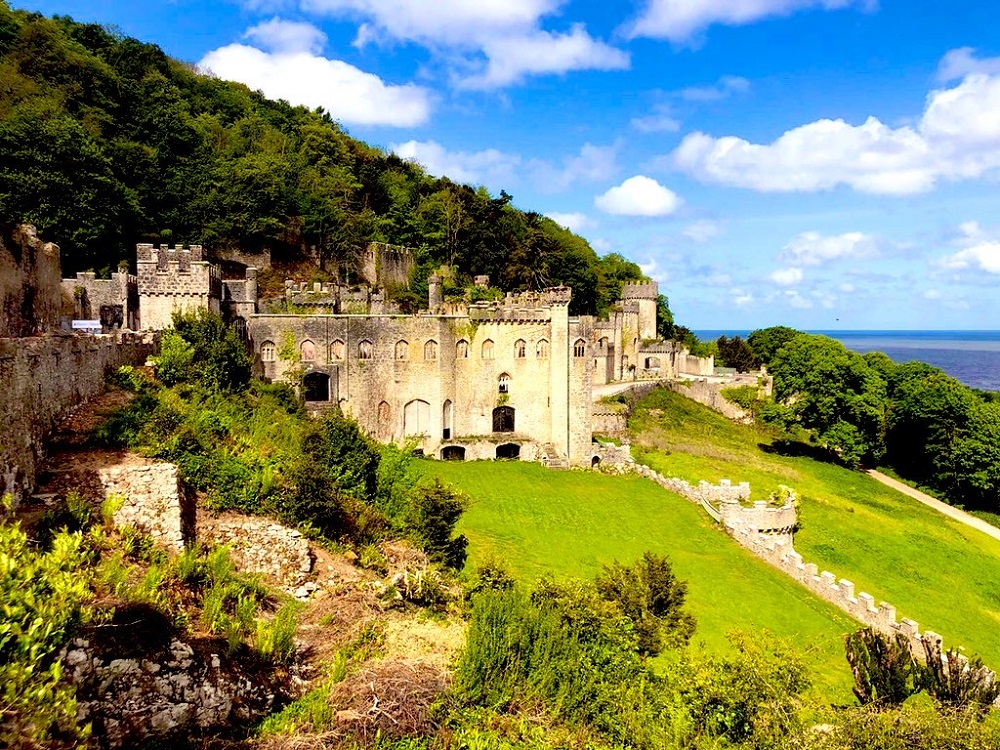 It seems that it’s not as haunted as we thought with it taking the thirteenth spot.

Gwrych Castle in Abergele, Wales scores just 3% when it comes to spooky reviews. However, there’s still a story to be told there.

The most common ghost story heard at Gwyrch Castle is that Countess Winifred — a powerful woman who invested in hospitals, art, and religion — haunts the ruins. People say her spirit is still stuck in the castle. Guests have experienced creepy encounters on the castles legendary staircase with many feeling uneasy, whilst others have had ghostly encounters at the castle gates such as footsteps walking towards them with no one to be seen.

Read on below for the top 25 haunted castles in the UK...

The Top 25 Most Haunted Castles in the UK

About to pick your first home? Hopefully it's not haunted!
‍Go here for a handy guide.