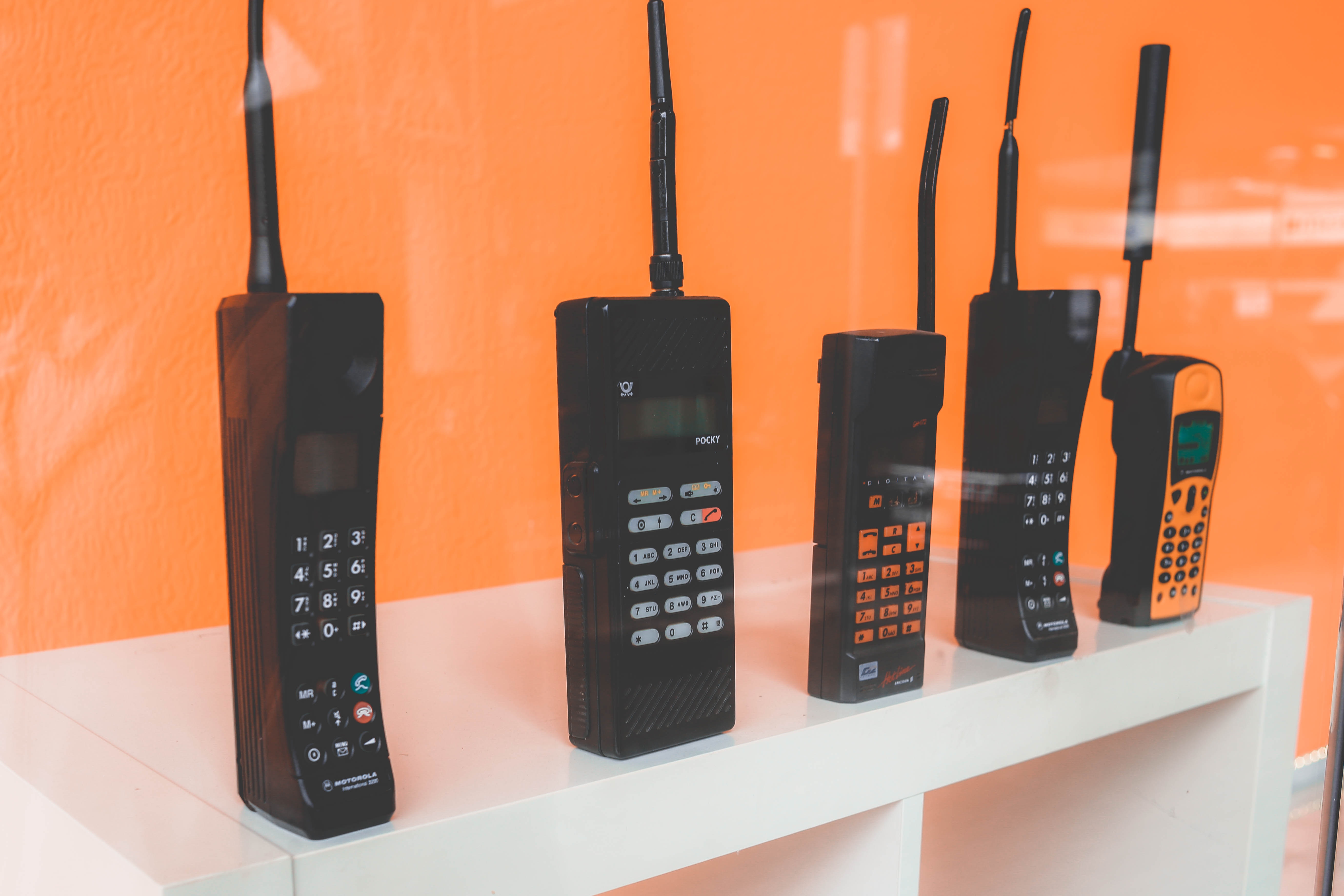 The year is 2019. People roam the earth with pocket-sized computers, more powerful than the human brain. We can connect with people on the other side of the planet in a matter of seconds. Music and film are practically available anywhere, at any time.

Although technology has come along lightyears since the millennium, certain pieces of once-upon-a-time ‘revolutionary’ technology have dramatically declined in numbers.

As experts in both homes and tech, we wanted to illustrate the rate of change of tech in everyday life over the past few decades.

Take a look below to see some of the endangered pieces of tech from times past, as well as a few that have survived and thrived under the harshest of conditions.

Endangered definition: (Of a species) seriously at risk of extinction

The year’s 1996, you’re going to do a business presentation to a prospective client using their computer – but how do you get it onto their computer with flexibility and minimal fuss? Use a floppy disk. 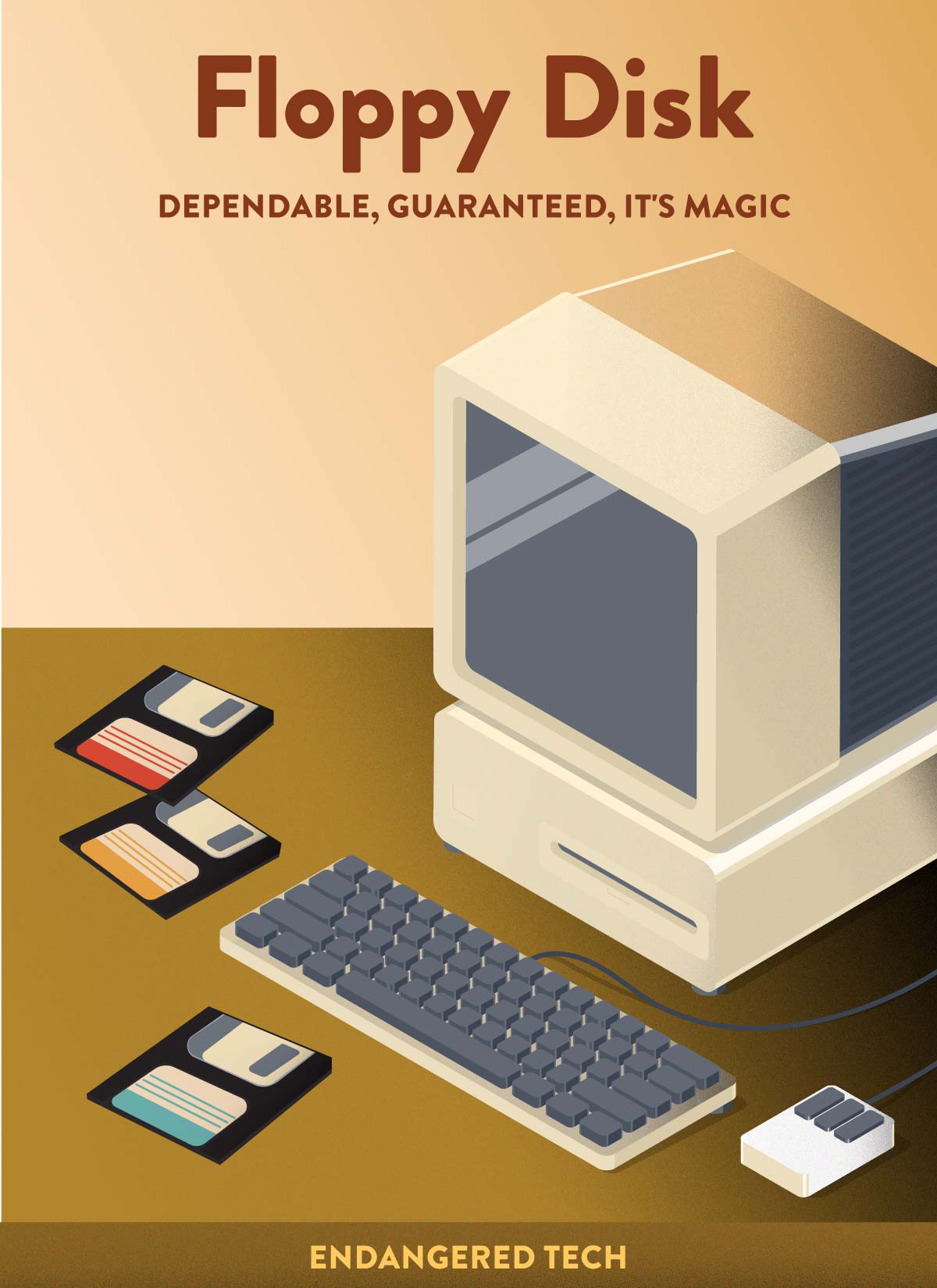 Despite once being labelled as ‘unfloppable’ the floppy disk has certainly flopped and can barely be found in today’s world. In 1996, over 5 billion disks were sold - fast forward two decades, and retailers say they sell just 170 a year.

The screech, the intricate planning of outgoing phone calls, the arduously slow loading speed of pages, yes that’s right it can only be one thing – dial-up internet. 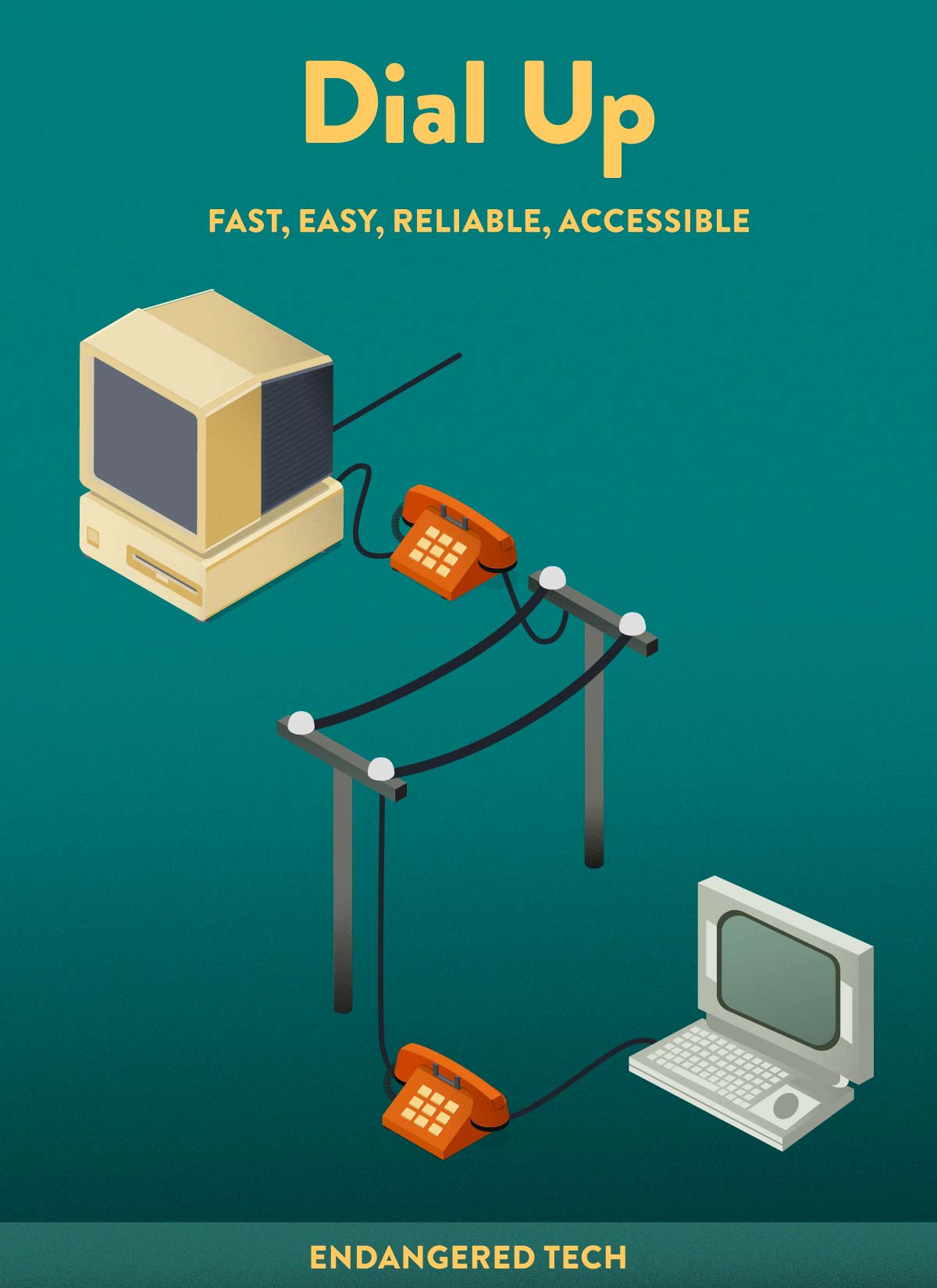 It was one of the few ways to access the internet back in the 90’s and early 2000’s and although the speed, efficiency, and convenience of internet services has improved, surprisingly, people still use dial-up.

Granted the figure has rapidly fallen from 544 million users in 2002, to 2.1 million people in 2017 – nonetheless there a still some dial-up(ers) somewhere in the distance.

How do you envisage the future? A smaller, more efficient, smarter version of the previous tech? Well that was the thinking of some ingenious innovators and one of the biggest music companies in the world. The MiniDisc player promised the flexibility of a CD player, but with the ease and 'convenience' of a cassette player. 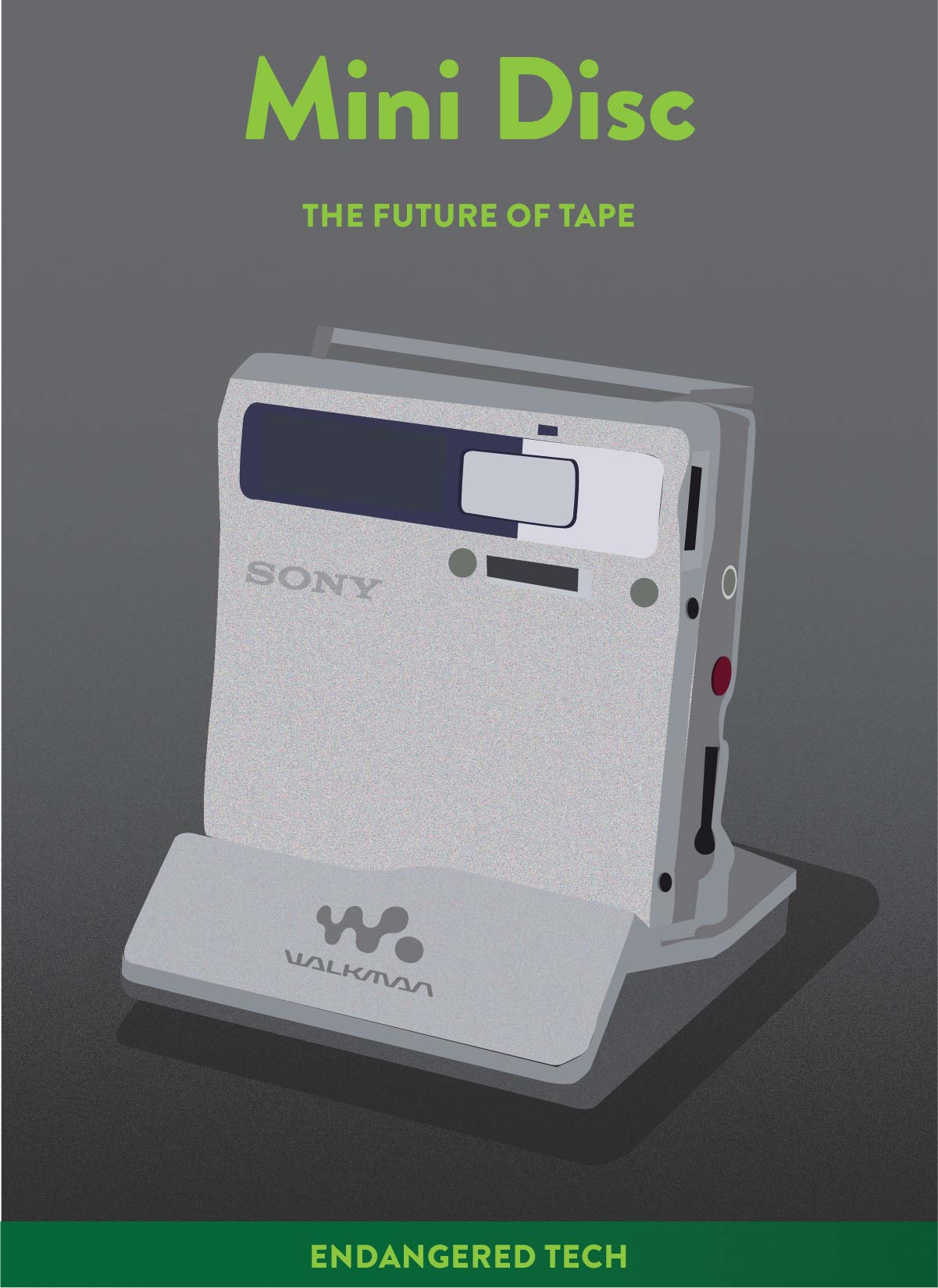 Between 1992 and 2011, over 22 million players were sold, and in 2007 a UK survey suggested 17% owned a MiniDisc player of some kind - a piece of tech firmly heading into the future, surely?

Tragically not - with the increase in popularity of the mp3, and iPod, any cassette-based device dissolved into the rich tapestry of technological history. In 2013, Sony ceased making MiniDisc players.

The red telephone box – one of Britain’s top 10 design icons – a permanent fixture to most streets, towns and cities in the UK. 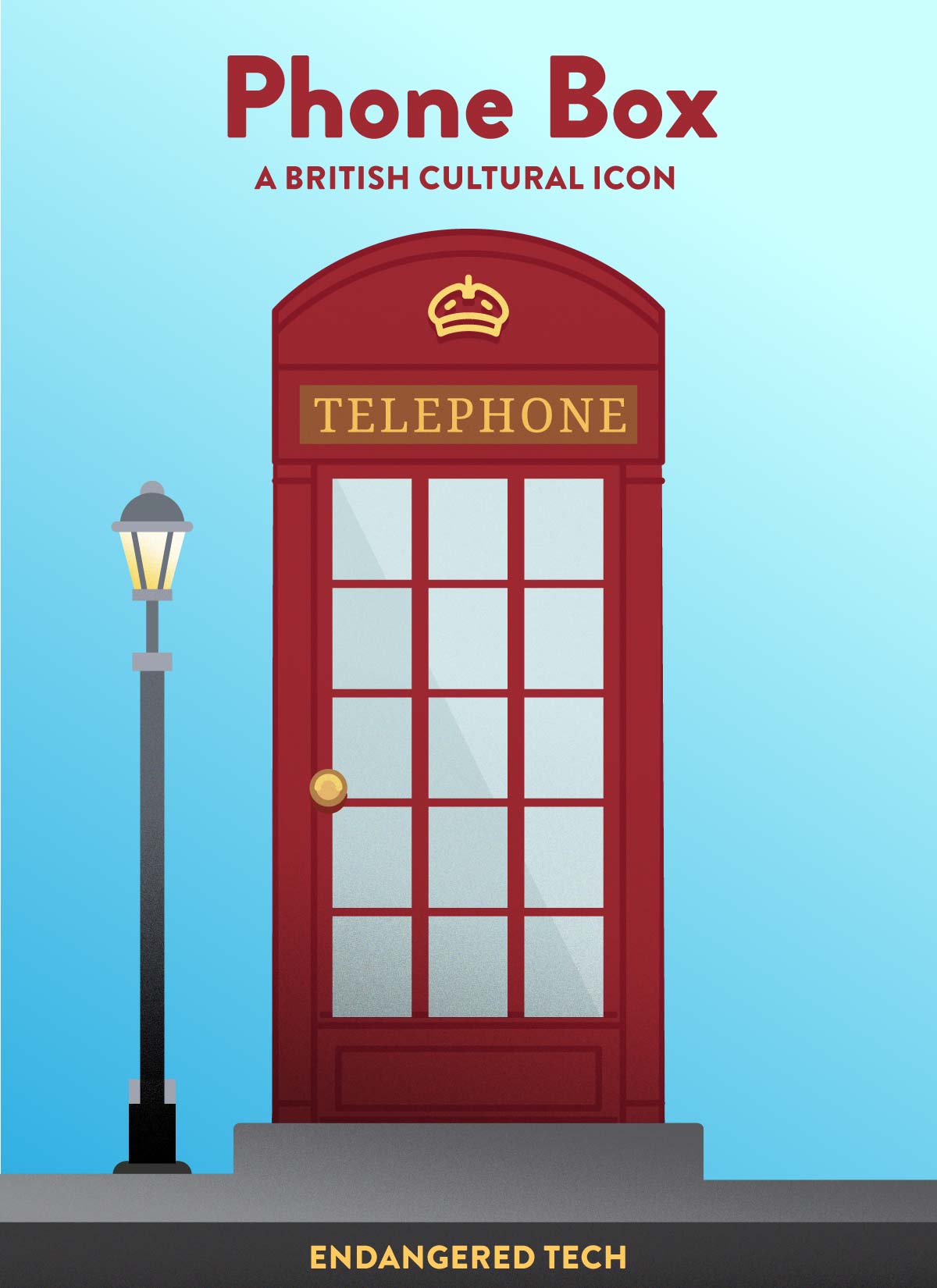 But, since the increase of mobile and smartphones, the quintessentially British telephone box is dying out. In 1992, there were 92,000 roaming the urban and rural areas of the UK, but things are looking far bleaker now. Last year, BT had cut the phone box population to 40,000 and they plan to reduce that number to 20,000 by 2022.

Remember the good old days of no-nonsense gaming. Two controllers, a few games, a console and a TV were all that was required. 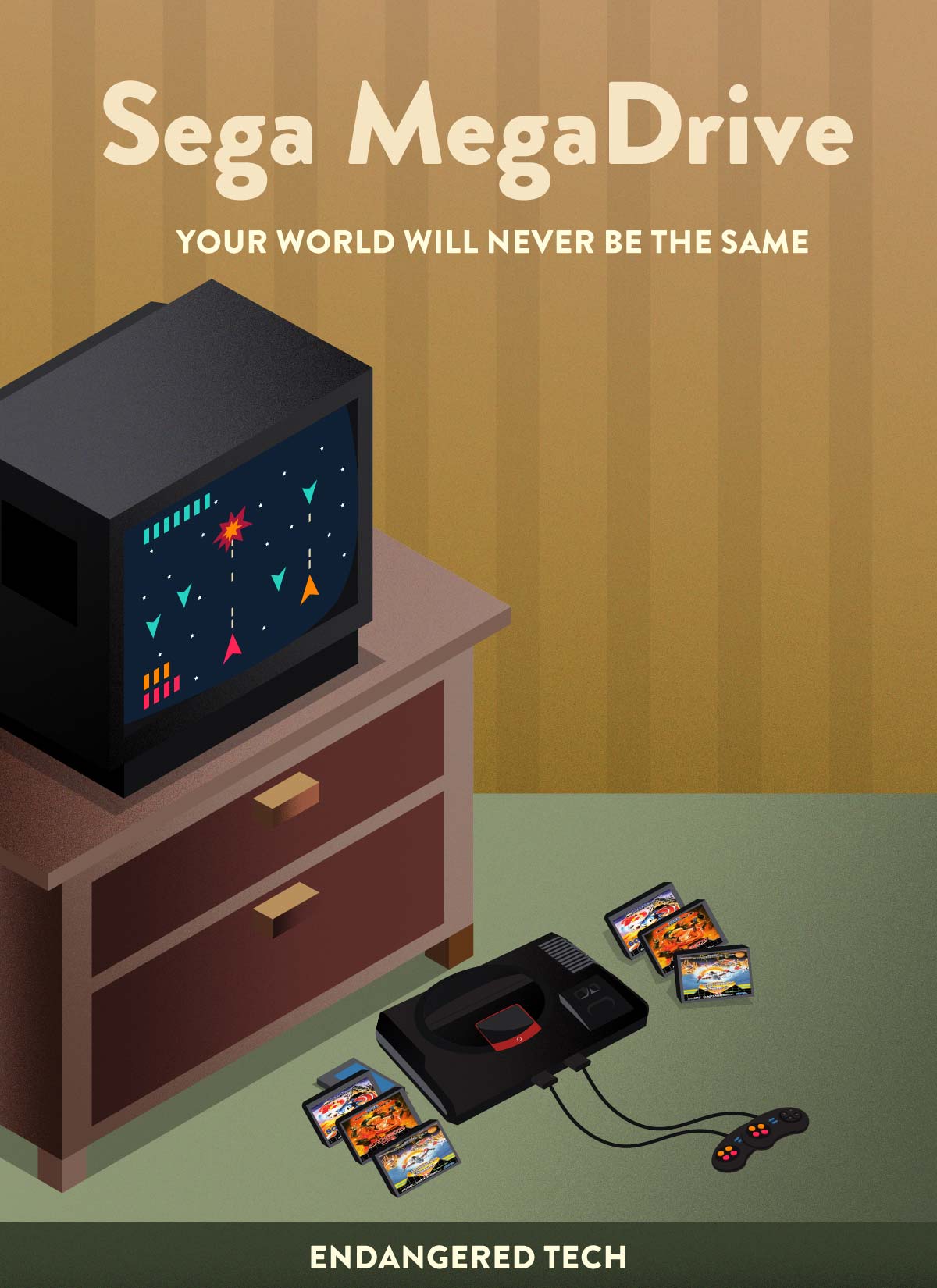 As time has progressed, so has the intelligence of video games, and retro consoles like the SegaMega Drive appear less and less. Since 1988, 30.75 million units of the Sega MegaDrive (Genesis) had been sold, but how many remain in the wild today is unknown.

How did people get hold of each other instantly, before the proliferation of the smartphone? In 1994, 61 million people were using pagers to send instant messages. 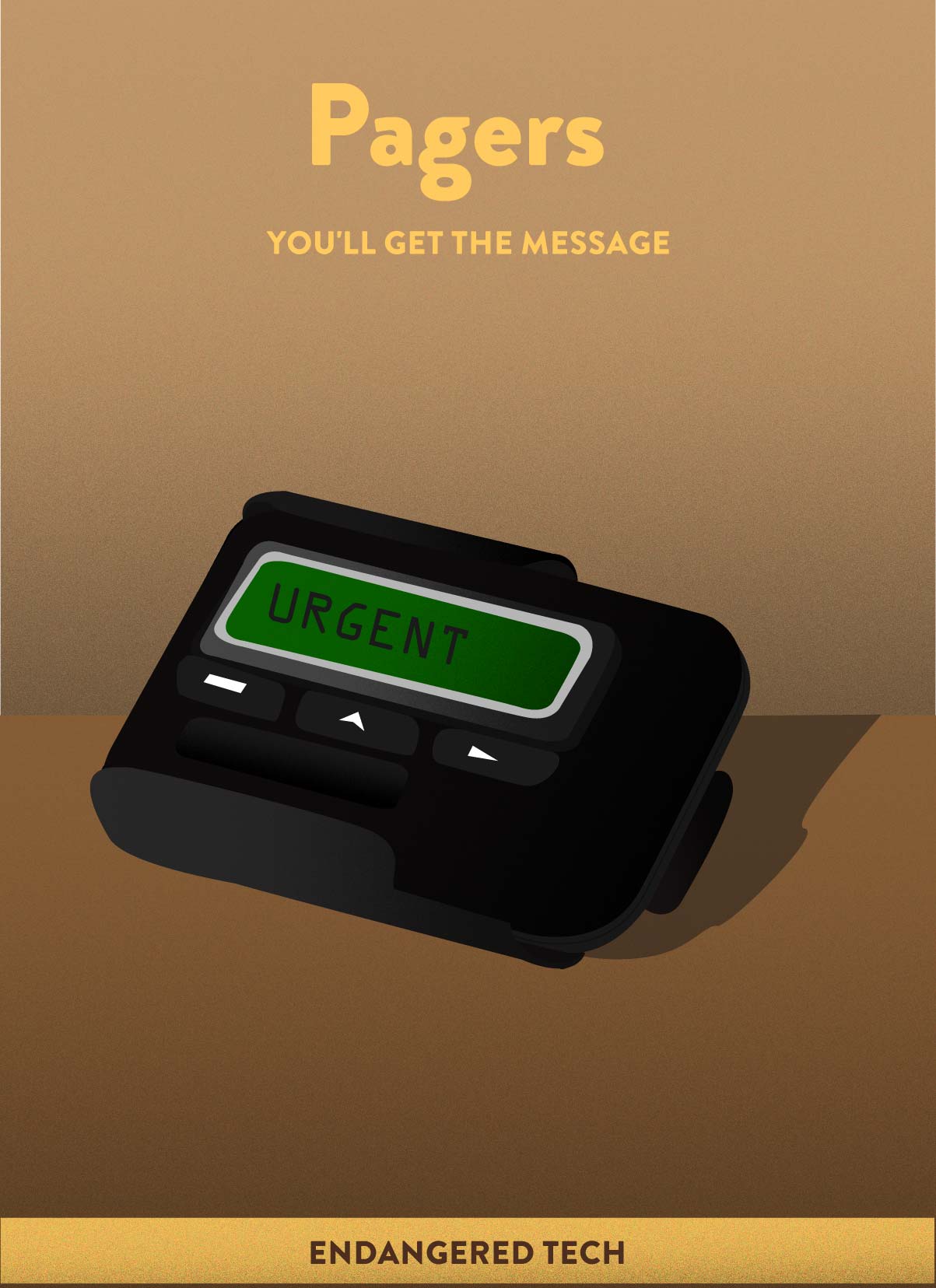 Particularly for those working in the health and business sectors, pagers would send succinct messages to fellow pager users. But what remains of this influential piece of technology?

In 2017, we’ve seen a 98% decrease in ownership, with only 1.3 million pagers being used worldwide. Interestingly, the NHS uses 10% of the word's current population, however they are planning to phase them out steadily.

Much like the DVD player, VHS’s were synonymous in every household in the 1990’s. 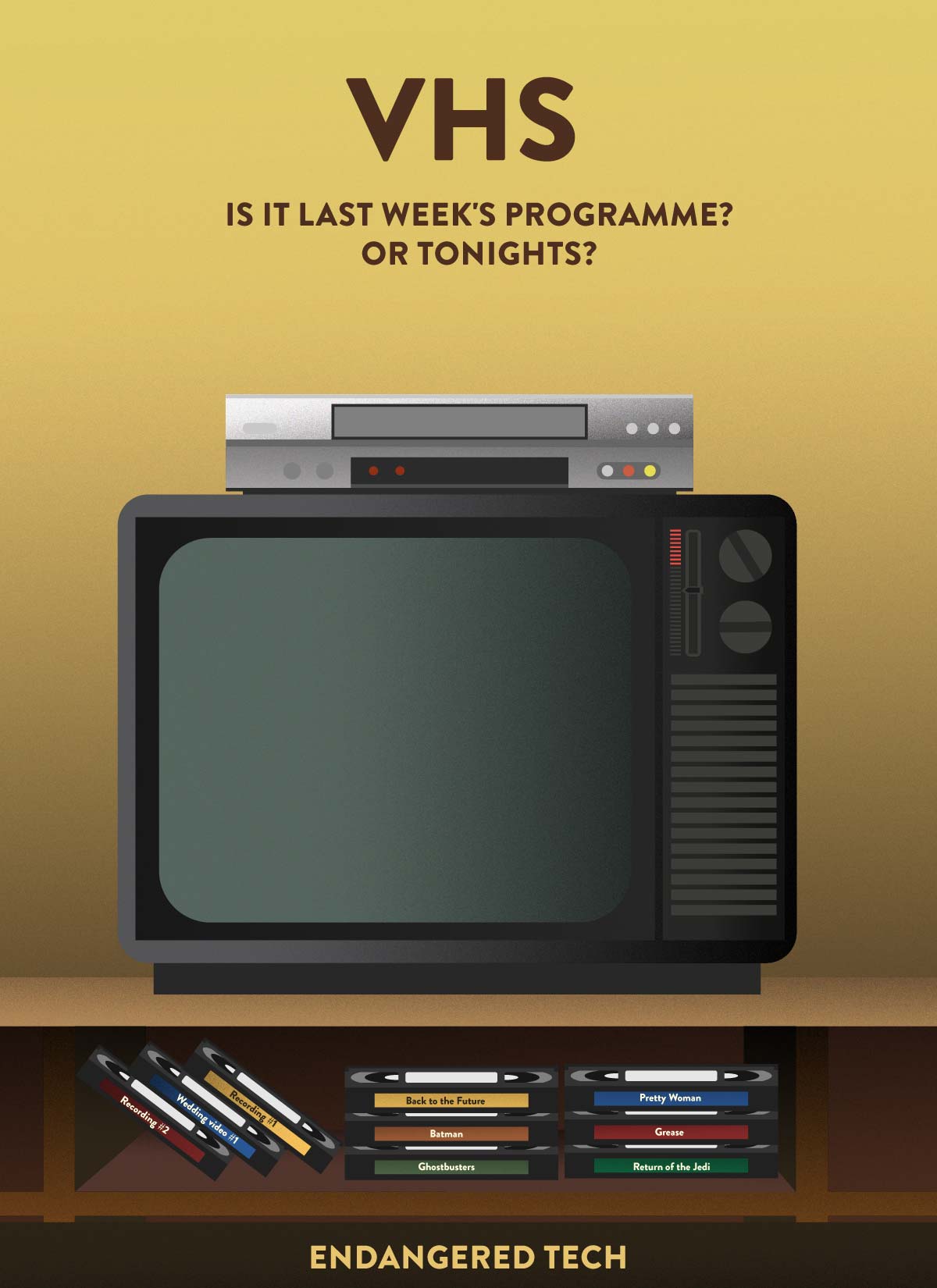 It was estimated that in the mid 90's, 200 million VHS players were sold a year worldwide, however with DVD’s, Netflix, and Amazon Prime all hitting our TV screens since, VHS is few and far between.

How big is the decline? In 2017, approximately 17% of the US population still used VHS and VCR, but that's set to continue to fall.

Pre smartphone, how did people organise their life, make calls, access the internet? Welcome to the PDA (Personal Digital Assistant). A PDA was this magic, kind of computer thing, that could do anything and everything. 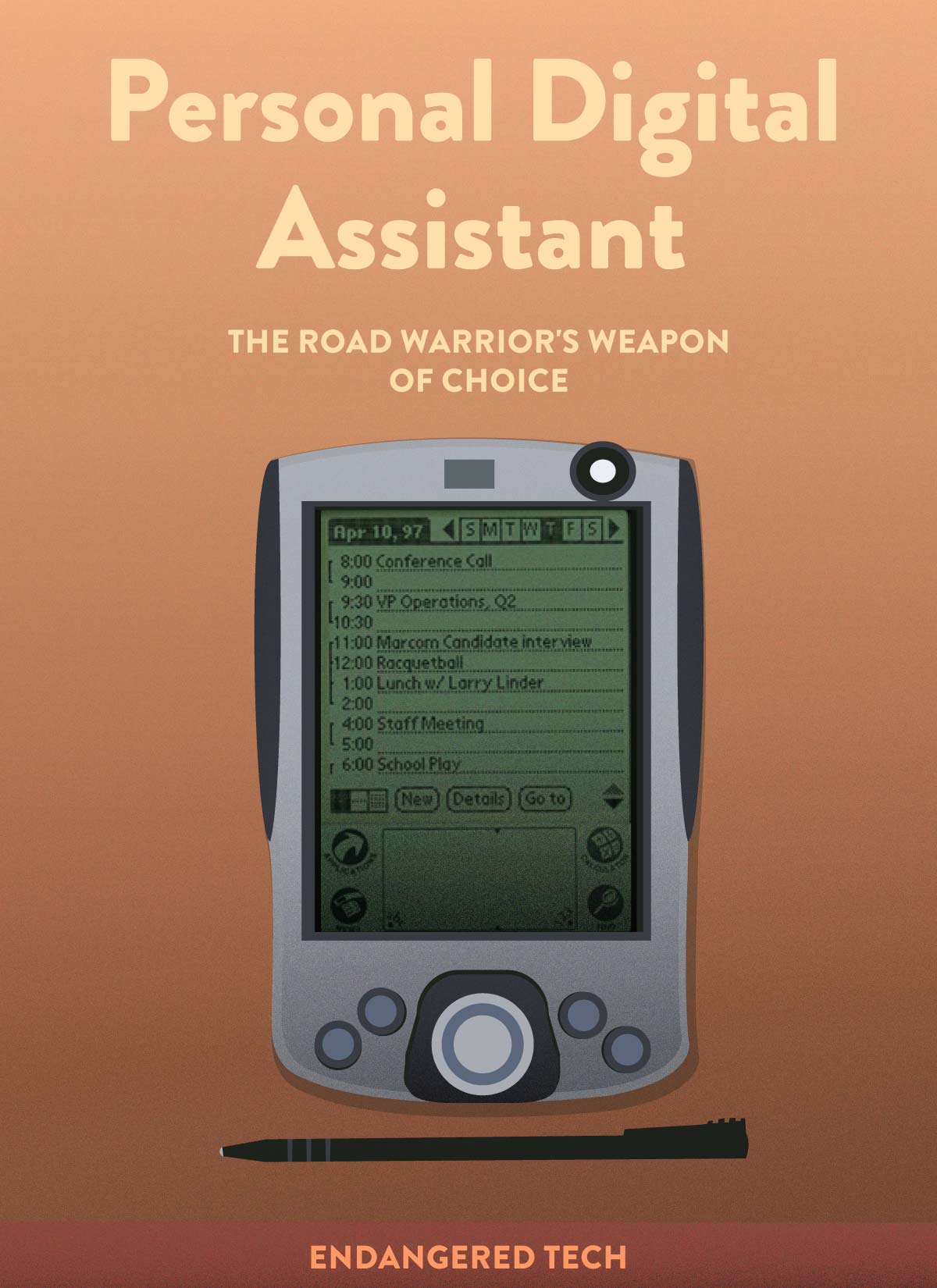 In 2000, they hit the ground running with 24.6 million used worldwide. That number grew by over 200 million in 2007, and then the iPhone was released. The current population is unknown but thought to be rapidly declining.

Take yourself back to 1982, put on your lycra, rollerblades and head to the park. Make sure you don’t forget the one ultimate accessory, the cassette player. The perfect method of listening to music on the go, or impressing your significant other with a romantic mixtape. 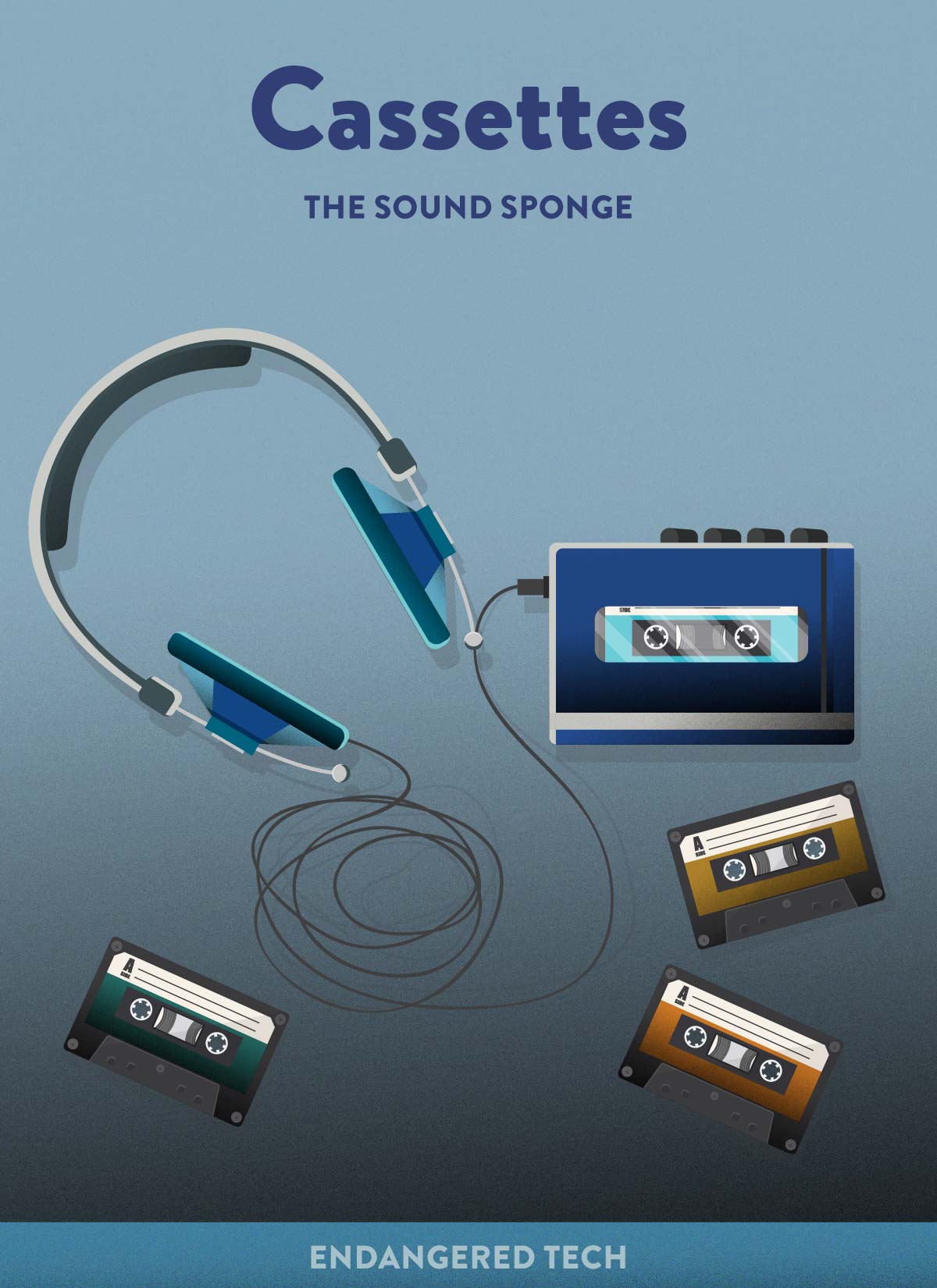 A staple household and family favourite whose existence will never be threatened? 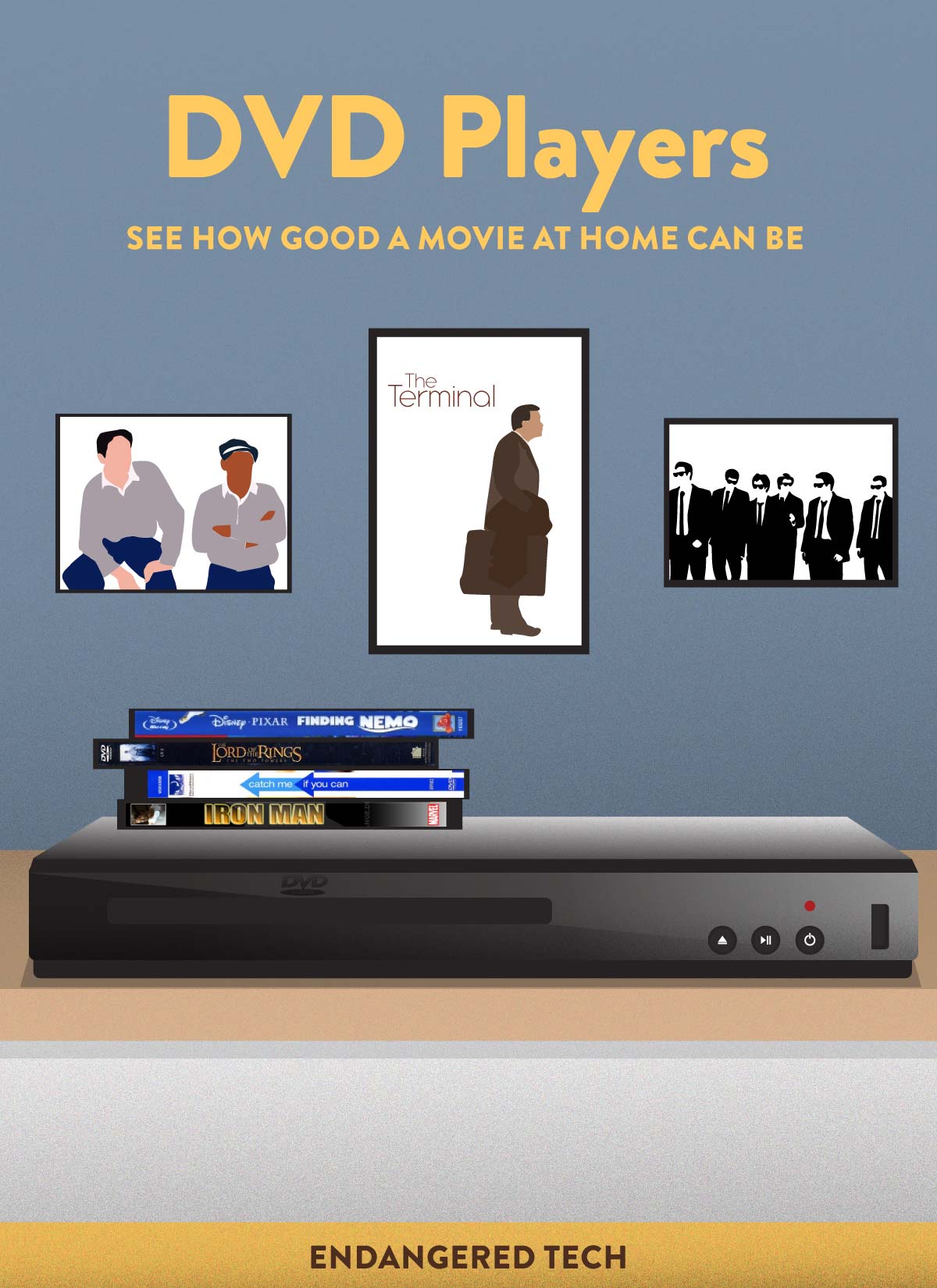 Well, the DVD player's time might be up soon. With an unprecedented increase in streaming websites, the number of UK households owning a DVD player has declined from 83% in 2012, to 56% in 2018.

There are certain pieces of technology that have been close to extinction, however society has pulled together to ensure that some things never fade into the ether. 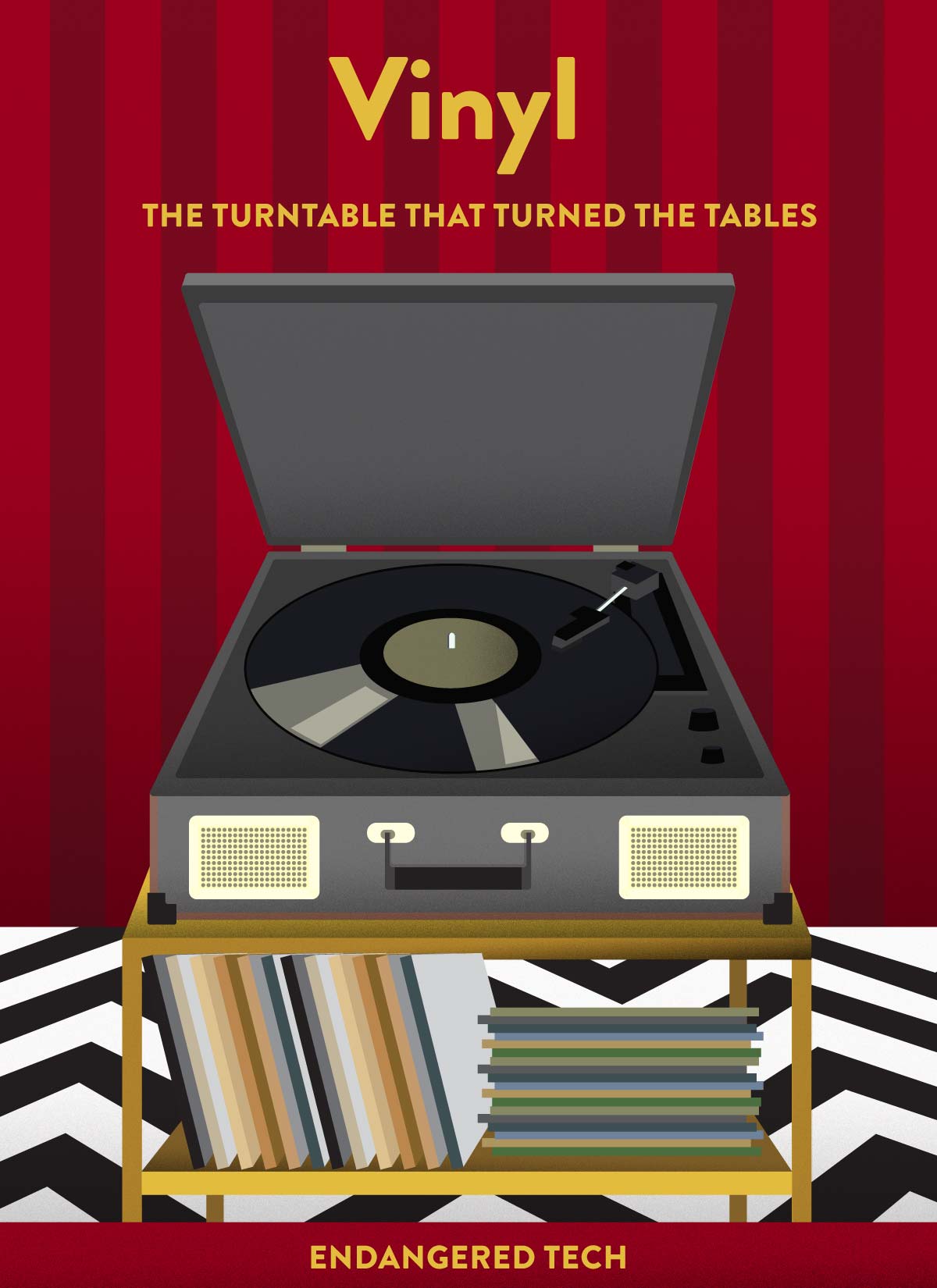 But, a certain brand of human has gone out of their way to reintroduce vinyls back into the music population. The reintroduction has been so much of a success that in 2018, the number of vinyls sold in the UK outnumber the amount sold in 1991 - 4.2 million.

After being founded in 1946, Casio first started producing completely digital watches in 1985, this included the legendary Casio Databank, and the iconic F-Series. Unfortunately, as time evolves, so do tastes and a previously ingenious wearable turns into an unfashionable piece of tech. 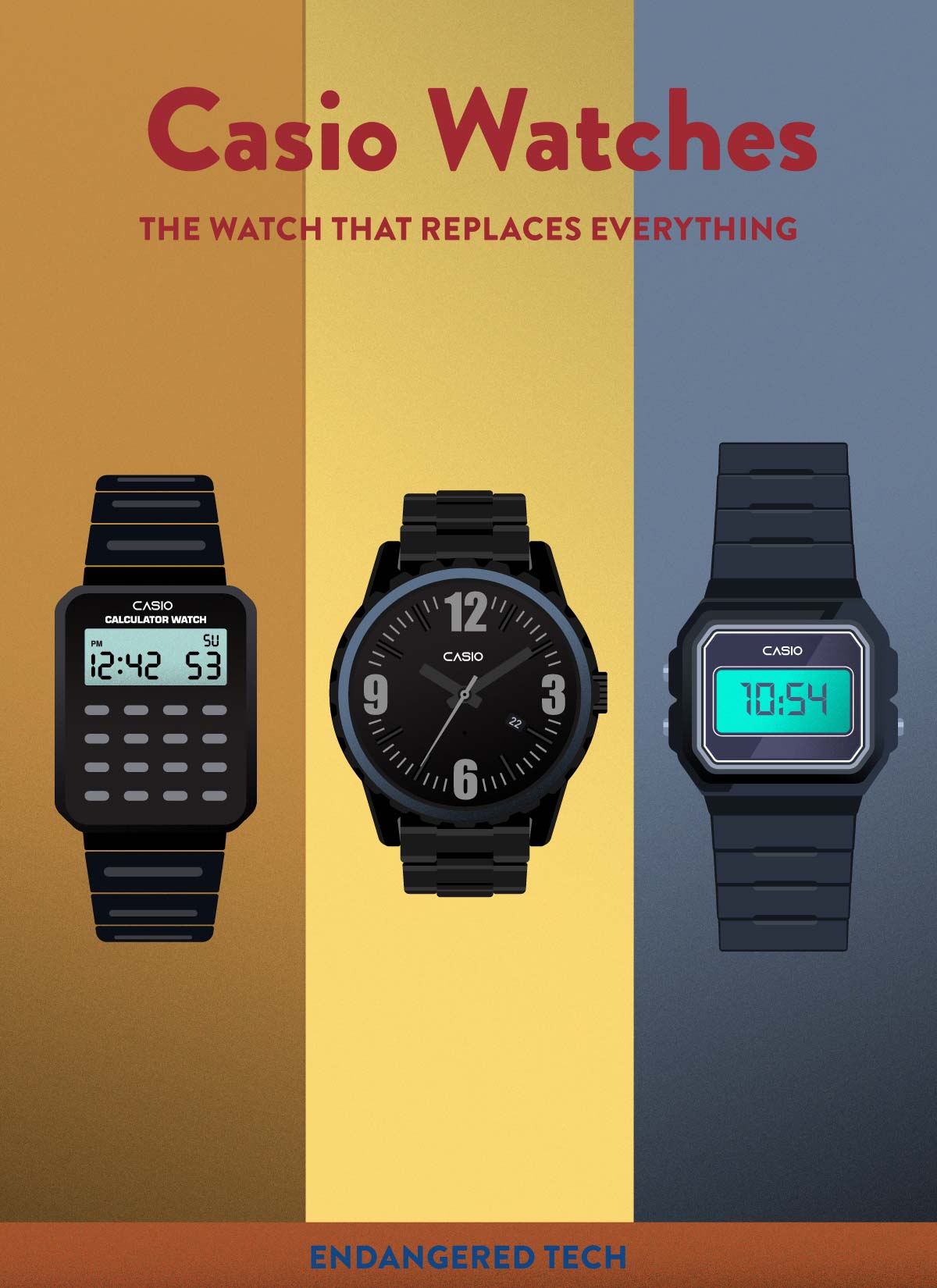 Skip ahead 15 years and along comes a fashion movement, ironically popularising retro pieces of fashion and tech. One of these items, is undoubtedly the Casio watch, with Casio themselves stating that 40% of their revenue comes from watch sales.

The first Polaroid cameras can be traced back to as early as 1948, with images shortly printing as soon as the pictures have been taken. In 1978, Polaroid cameras hit their peak sales with 14.3 million cameras being sold. 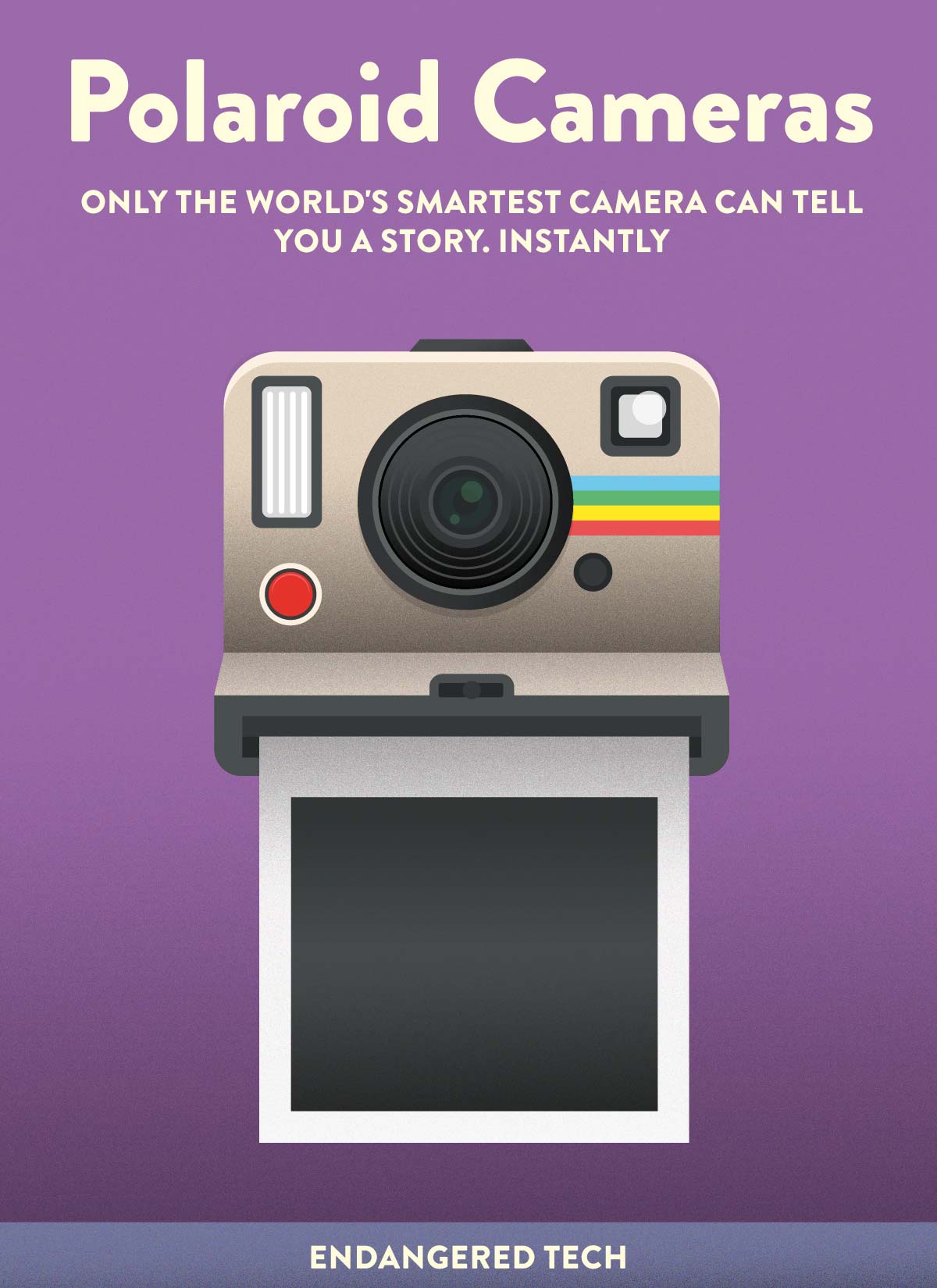 However, shortly after their highest grossing year, Polaroid's relentless clutch on the market had snapped, and they filed for bankruptcy in 2001. Seemingly an end to existence of the instant camera Polaroid species.

However, through a collective effort, and arguably a photo-obsessed society, the Polaroid is once again a cult, if not mainstream, piece of tech.