Could you afford to live in a Disney castle?

For almost half a million people their home buying dreams have been on hold, but with the recent news that the housing market is set to restart with viewings and valuations, free online broker, Mojo Mortgages are doing the ultimate fairy-tale viewings.

Most of our popular Disney characters have had their fair share of trials and tribulations, but one thing they’ve never had to deal with is getting a mortgage in the middle of a pandemic.

There’s no doubt that classics such as Aladdin, Cinderella and Frozen would have been a lost less gripping if all the films were about mortgages and property prices, but still, they all had pretty amazing homes, and, after some serious Disney binging during lockdown, plus the news that property viewings and valuations are back, it got our imaginations going – how much would these Disney properties cost in real life? 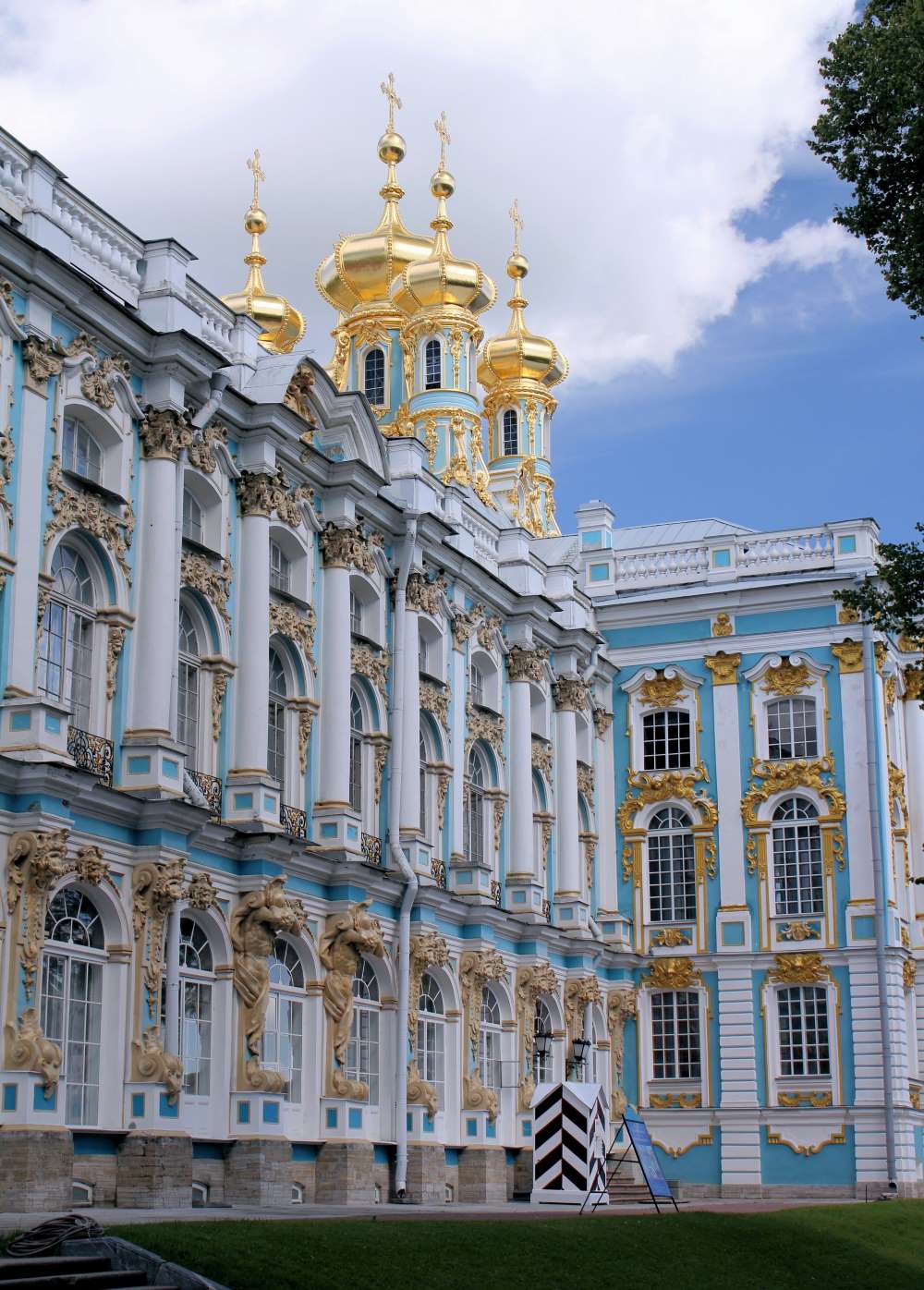 Value: £800M
‍Deposit needed (based on 10%): £80m
‍Real life location: India
‍What do you get for your money?
‍At approx 1.15m sq ft, the Sultan’s Palace comes with 12 towers, a throne room, walled gardens, lair and dungeons and is set over two floors. It was also relocated by evil sorcerer Jafar to a remote mountain top before being returned to its original location.
‍What is the valuation based on?
To value the palace, Mojo Mortgages looked at similar properties for sale in India and combined this with the cost of the current value of the Taj Mahal in India.
‍Interesting facts:
The Sultan's Palace was loosely based on the Taj Mahal. In homage to the Beast's cameo in Aladdin, the Sultan's Palace appears twice during the musical number"Be Our Guest" in place of the Eiffel Tower in 2017's live-action Beauty and the Beast.

2. Beast’s Castle, Beauty and the Beast 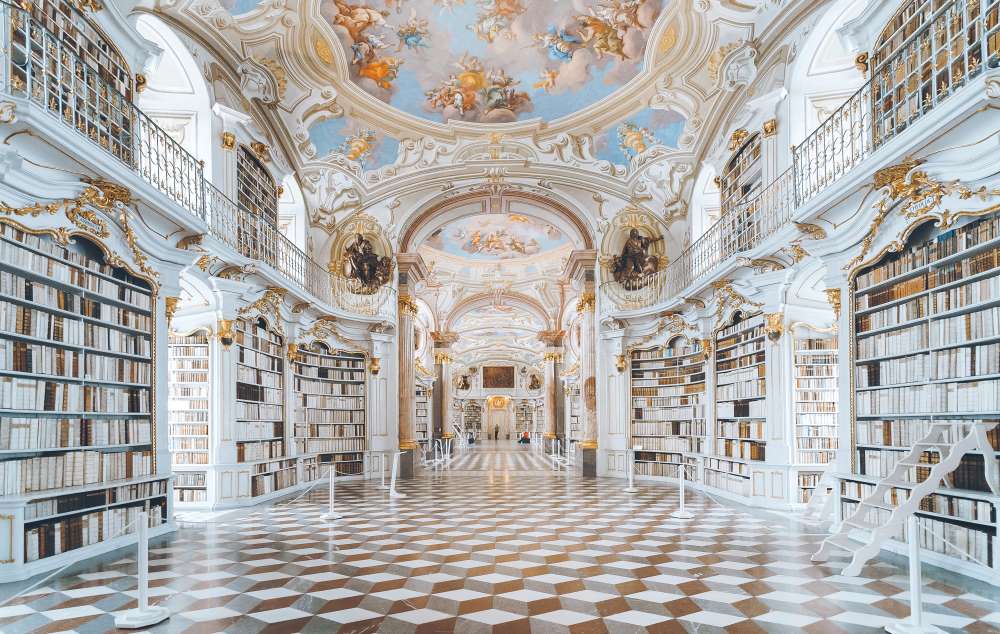 Value: £30m
‍Deposit needed (based on 10%): £3m
‍Real life location: France
‍What do you get for your money?
‍A period property that has tales as old as time and is set on a private mountainous development where the sun rises east over the ample towers. The enchanted property is nestled in a deep forest but still has good travel routes to the nearest village. Boasting 60 rooms and a stunning ballroom. Perfect for dining, socialising and reading, as the property has its own library which is filled with books from floor to ceiling. It also has 90 acres of its own private parklands and woods, and comes with its own highly trained staff.
‍What else is the valuation based on?
‍The castle from Beauty and the Beast is set in a rural location and is described as next to a farming community. It has 60 rooms, a ballroom and amazing gardens. To reach the £30m Mojo Mortgages used current for sale prices of exquisite castles in the France as a benchmark before scaling up to reflect the number of rooms and adding a premium for the mountain-top location.
‍Interesting facts:
‍The castle was inspired by the Chateau De Chambord in Loir-Et-Cher, France. One of the concept artworks for the castle bore a resemblance to the palace of Versailles. 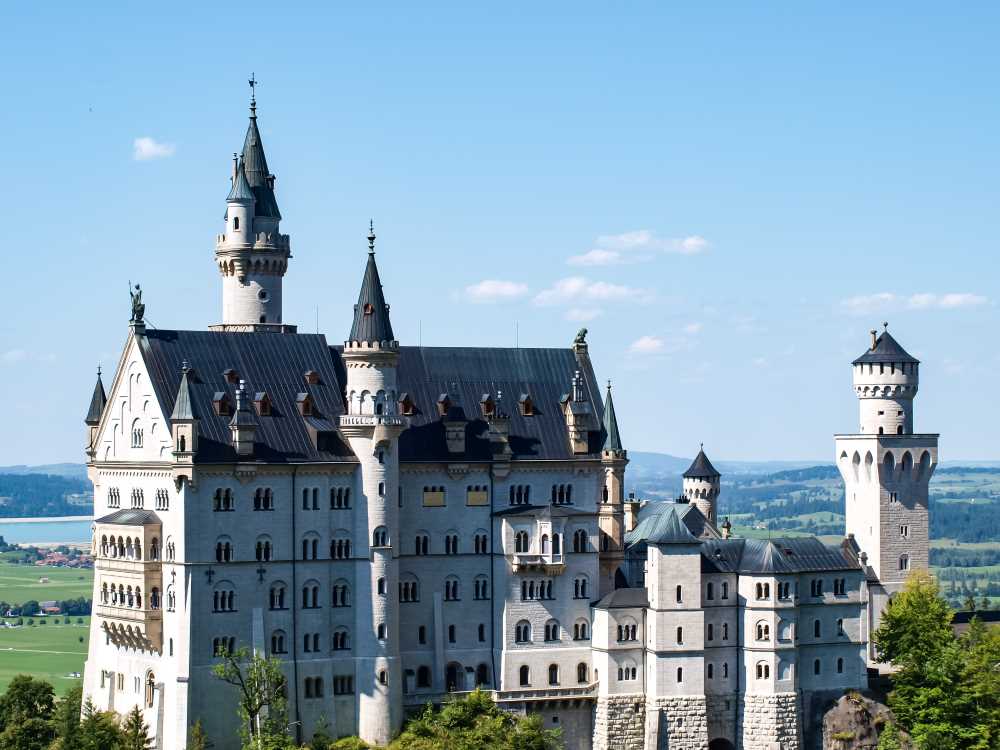 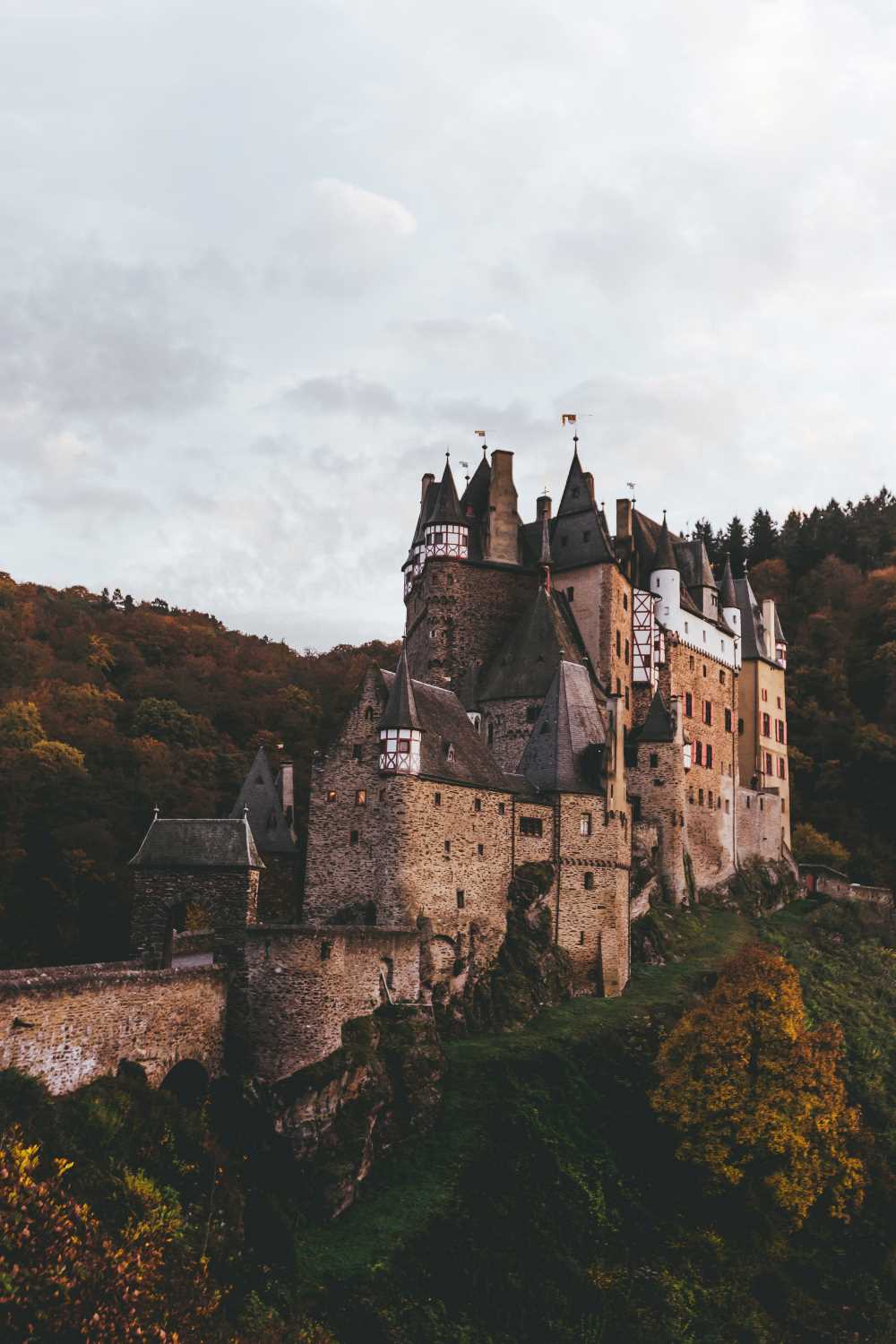 Value: £12m
‍Deposit needed (based on 10%): £1.2m
‍Real-life location: Norway
‍What do you get for your money?
‍With unrivalled harbour views,this private gated castle is set in a beautiful location with some of the most stunning grounds you could ever imagine. The castle features a bridge that allows its owners to easily connect to the main town, and, has a number of rooms, including a ballroom, a great hall and even a library. Outdoor space is just as extensive with a courtyard and stables just some of its key features.
‍What else is the valuation based on?
Arendelle Castle has a number of rooms, and a number of towers as well as extensive outside space. This valuation is based on the cost of high end properties for sale in Norway, plus a premium for the its private bridge access to the main town and extensive outdoor space.
‍Interesting facts:
‍The name 'Arendelle' is based on the Norwegian town of Arendal, which is located southwest of the Norwegian capital, Oslo. 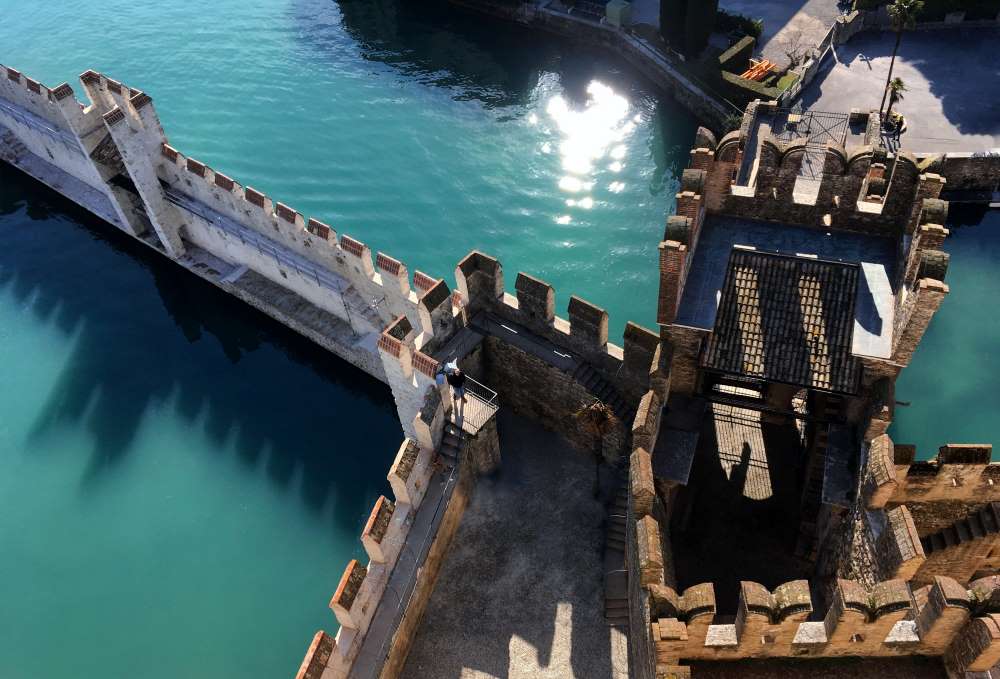 Value: £10m
‍Deposit needed (based on 10%): £1m
‍Real-life location: Italy
‍What do you get for your money?
‍This cliffside castle offers unrivalled sea views and direct access to the beach. Coastal properties attract seven figure values and this one could sell for more thanks to its three floors,many balconies and a private docking area.
‍What else is the valuation based on?
‍In the film, Prince Eric's castle has at least 10 rooms, including a grand ball room, dining hall and main hall,so a considerable size. Mojo Mortgages has based this value on current castles for sale in Italy and also added a premium to reflect the private docks and beach for this property.
‍Interesting facts:
‍The castle may have been inspired by Chillon Castle, Switzerland and Tintagel Castle. Eric's dining hall portrait can be seen above the fireplace depicting a couple that looks suspiciously like Aurora and Phillip from Sleeping Beauty. 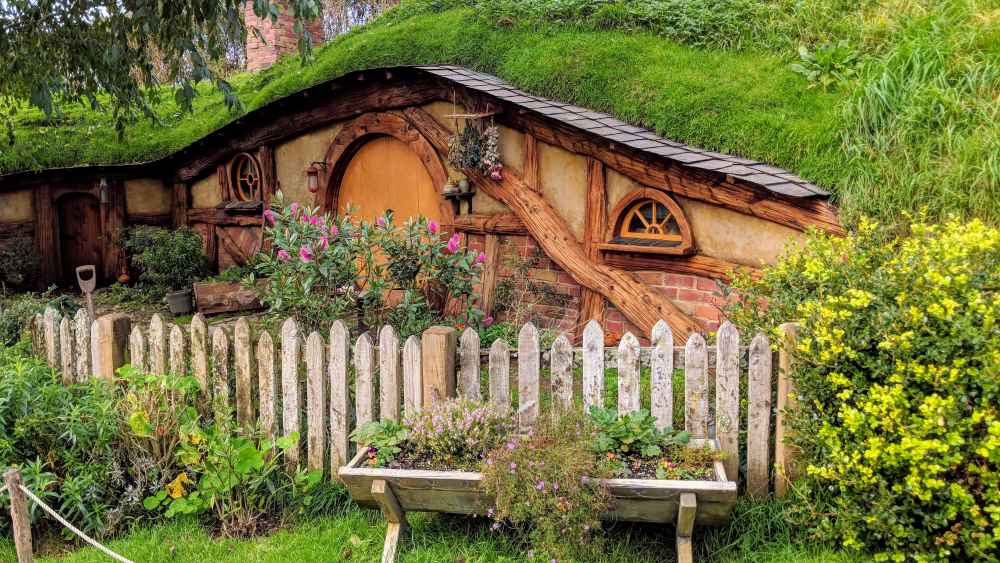 Value: £275,000
‍Deposit needed (based on 10%): £27,500
‍Real-life location: Devon
‍What do you get for your money?
This two-bedroom cottage is set in the sought after enchanted forest,yet benefits from being within easy access to the main road. The detached property would be the ideal home for someone who is looking to be at one with nature. It comprises a cosy lounge with wooden floor, that leads to a large kitchen filled with ornate woodcarvings. There's two large bedrooms and 360 views of the forest.
‍What else is the valuation based on?
‍In the film, Snow White flees the Evil Queen and is led to the Enchanted Forest. Mojo Mortgages has presumed she has travelled a distance to get there, so this valuation is based on similar two-bed properties in Devon.
‍Interesting facts:
‍It is likely that the general appearance and shape of the Dwarfs' cottage was inspired by the ancient home of Dr. Rotwang in Fritz Lang's Metropolis, a film studied by the Disney artists at the time. The cottage was designed primarily by inspirational sketch artist Albert Hurter. Hurter is also responsible for the carved decorations and instruments inside the cottage; designs of a similar nature are also present in Geppetto's Workshop in Pinocchio.